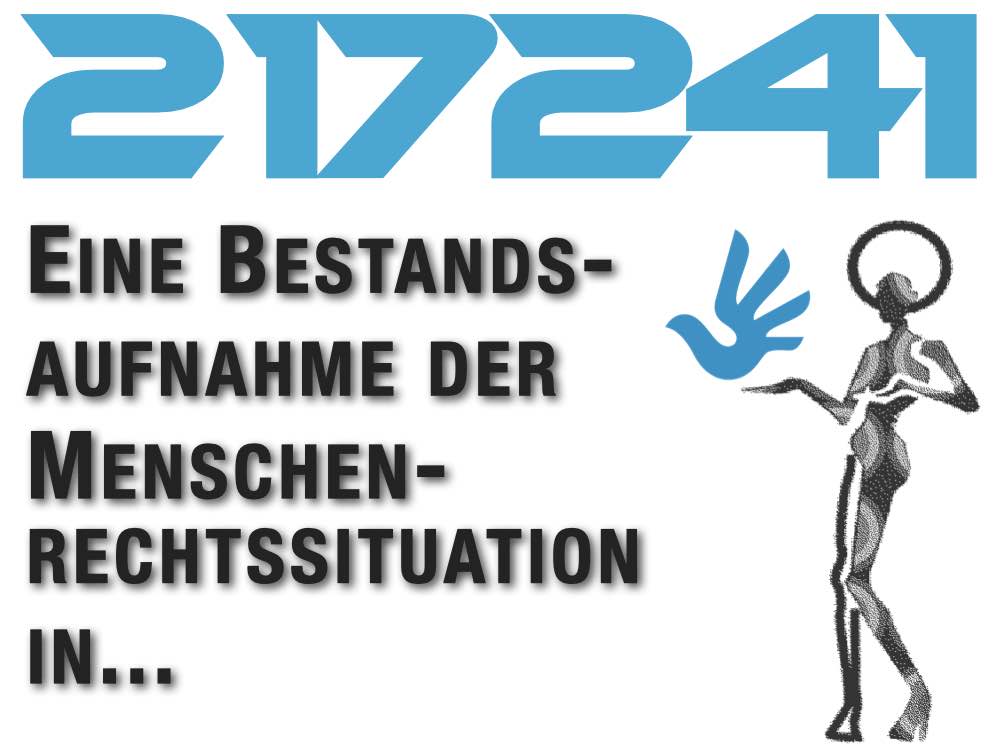 We can see in many countries that people do have a feeling for human rights. But asked for specific rights, the knowledge is mostly limited to keywords like freedom of opinion, human dignity, right of asylum or absence of torture, of persecution and of death penalisation. Even jurists and politicians rarely know how many articles are codified in the Universal Declaration of Human Rights as the prototype of human rights conventions. Thereby the list of countries which are counted to preservers of human rights is quite long and often there is as well a constitutional integrated self-obligation for abiding them (e.g.: Constitutions of China, Germany, France Portugal, Spain or Switzerland). Furthermore we can notice that human rights discussions usually care about violations of human rights somewhere else; it's about genocide in Rwanda, displacements in Myanmar, whippings in Saudi Arabia or death penalisation in China.

In the tradition of Beuys’ concept of social sculpture, the artistic-scientific research work The Value of Human Rights - digital_series#no.217241 will produce a synthesis of intervention, installation, net art and network art, memorial, public reading, conversational and narrative art, while exploiting the potential of artistic obervation to interlink the repertoire of education, law, economics, science and politics. 60 interviews, 10 panel discussions, 30 in-school visits, an online student competition and a suspense-packed auction will help compile an evaluation of the current state of human rights in Germany, accessible via website and different apps. The Value of Human Rights encircles the 30 articles of the Universal Declaration of Human Rights from a variety of perspectives, and it unfolds, crosses through and interweaves them in fully different ways from those offered by the usual actors, in order to be able to later implement the production with local partners in other countries. 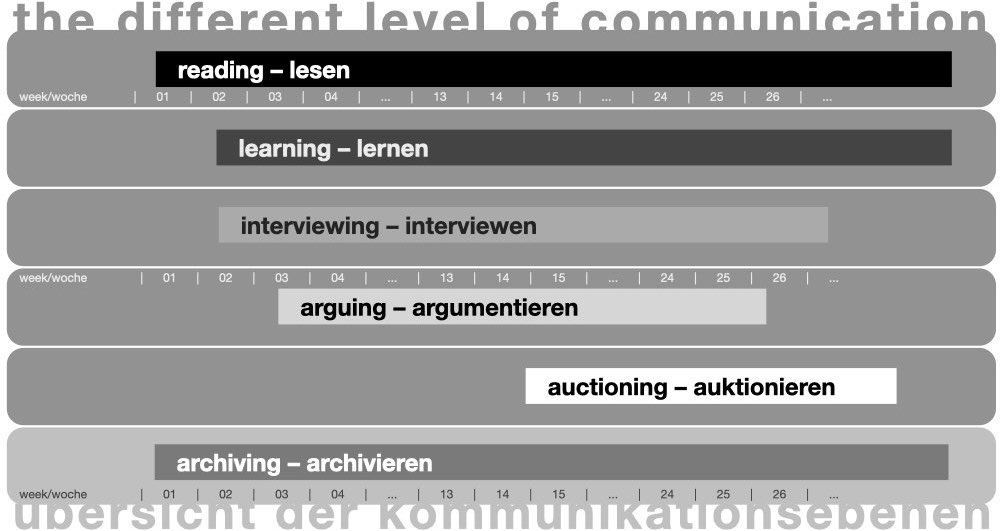 The six levels of communication presented form the structure, and these are intended to enable different types of learners as well as target groups to access the topic.
The work will be produced in a time window of three to six months and in connection with the anniversary of the proclamation of the Universal Declaration of Human Rights on December 10. Based on the experience of a prototype production in Germany, the work will be realized in the following years in next countries with local partners.